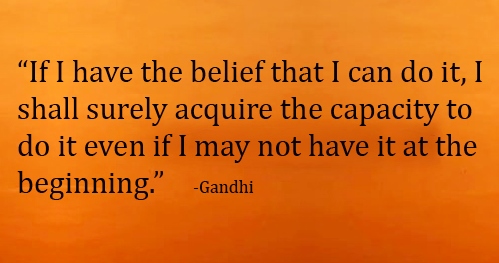 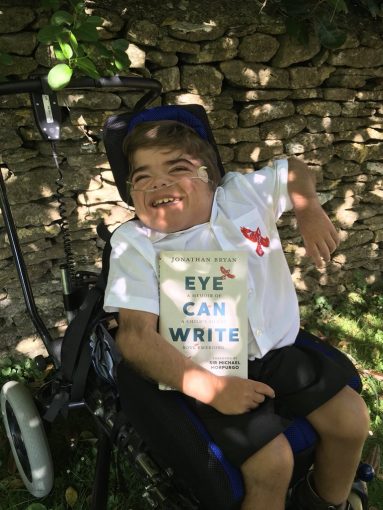 I was very kindly asked to blog a review about Jonathan’s book, Eye Can Write, to support his blog tour beginning this week, as we look towards a positive and possible 2019 for our children and young people. After the festive chaos of Christmas and New Year, the return to routine is not only welcomed by our eldest daughter, but all of us! Writing this has been an honour, but also daunting. I do hope that I do justice to such an eloquent and perception altering book.

Most of you will undoubtedly have heard of Jonathan and if you haven’t, Jonathan Bryan is the twelve-year-old author of Eye Can Write and founder of the charity, Teach Us Too (who are receiving all his proceeds from the book). Faith, family and friends sum up all that is important to him.  He also passionately campaigns for all children to be taught to read and write regardless of their educational label, for which he has been awarded a Diana Legacy Award and a Pearson Young Person of the Year Award.

I have to admit that when I met Jonathan and his Mum Chantal and teacher Sarah at the phenomenal FestABLE last year, I was stuck in a moment of not sure what to do. I don’t have any doubts about ability or lack of belief or faith in what he can do and has achieved, but I had a moment of awe. Sheer awe. And no, it wasn’t a pitying moment of awe, just a genuine human reaction to finally meeting someone who I had such admiration for and who had given me such hope and underlined the belief we have in our daughter and all children. I had read and signed and shared the petition Jonathan launched, like many of my friends and colleagues had. The petition and his message, for me, was an awakening, as if Jonathan had actually reached down into us and unlocked what had been sitting there close to the surface for a long time – hope, belief, the possible. He encouraged us to dare to believe and act upon that to #flipthenarrative.

Jonathan’s book Eye Can Write is an absolute must read for everyone. To share in the other side of the journey and the story, that often sits in silence within our daily narrative. This is an invitation to take a walk with him and allow your perception to be viewed through the lens of the ‘real’ (in every sense of the word) account of how someone actually feels and is experiencing this life, the life we often take upon ourselves to lead and navigate for them, when the premise should be one of ‘doing with’ not ‘to or for’. Jonathan is a hugely talented and poignant writer for his age, his use of language really affects you as he shares his stunning poetry, views and experiences etched into existence with the reflection of his inner, often freer world, shaping the whole view.

‘Lack of resources and funding play their part but the biggest barrier was ‘lack of expectation’.’

Expectation of the child – what can be achieved if the expectation is there. The intensely wise view that ‘If academic awards were given for waiting, I would be introducing you to nine children with doctorates’. So often I hear our children being encouraged to be patient, to wait, to learn that they will have to understand ‘that is what life is about’ and the often deficit view that they have little capacity to wait. I felt embarrassed to think about times I have done this with my daughter and that one of the greatest things she has taught me is about patience, and her capacity for this compared to mine. That years can pass waiting for the moment that belief sets sail, truly. When actually we need to think about the patience these children demonstrate everyday, while we grapple with developing our understanding of how they are in the world, and that it is us that can cause the waiting to feel like an infinity while we do.

Jonathan’s successes are phenomenal and life changing, and his explanation of the ‘how’ he learned to read and write, with the support of a dedicated family and core team is mesmerising. It really helps shape the whole picture of the possible and shares the view that if he can, so can others. His achievements in such a short time resonate throughout the book along with his determination, powerfully relayed through each chapter.

‘Until someone realises your potential and discovers your key, so your unlocking can begin. Now you are free, flying like a wild bird in the open sky. A voice for the voiceless. This is me,’

Chantal’s graceful, real and emotive recollection of times that were both frightening and trying, echo so many of the thoughts and questions parents pose themselves internally and externally daily. She captures such salient, yet simple (it would seem perhaps to others without our experiences) profound moments:

‘Between us there was a bond that went past the need to communicate – I sensed his feelings and what his immediate needs were. At times I even had the sensation of feeling pain when he was ill.’

‘With children his own age something came alive in him; a desire to join in, try his hardest to get involved…. If only I had thought about mainstream education for longer…but it never crossed my mind.’

‘During the following months, this was a topic of conversation that we would revisit, carefully, as if it was a fragile, precious experience that we mustn’t handle too clumsily, for fear we could impose our growing understanding on it.’

I particularly loved the part when Chantal met Sarah, a primary teacher who became an integral part of the team.

And Jonathan refused to engage. At all.

He later told his Mum that it was ‘his version of a test – to see if Sarah would believe me.’

And this is the message his book carried most loudly for me – the discussions all lead back to the one thing. Belief. Dare we believe and dare we take the step towards that.

Jonathan, like my daughter, was labelled as PMLD at a young age. And as with Jonathan’s experience, this can give rise to a limited ceiling being in place, reflecting the expectation of ability of those around them. I don’t think for a moment that everyone thinks this way either, or that is always the case. Rather, what we can take from Jonathan’s experiences and perhaps those we have had ourselves is a message to not make assumptions so readily, to think deeper and longer about the possible. To have belief in ‘can do’ and not knee jerk to ‘can’t’ or ‘we have seen this before, we shall do what we always do’. We should be brave in our belief of the possible and be able to say when we don’t know and engage beyond that to find the solution and the way forward.

Our children really do teach us that daily. Authenticity, trust, bravery, belief, patience. In essence, humanity. We need to learn so much from them. If you do one thing this year, just listen that bit harder, see a bit wider and longer and believe that bit more. And then, together, we really can #flipthenarrative to a positive.

As Jonathan wisely says when he surprises both his Mum and Sarah at a key point in his journey:

‘Now it was my turn to be the custodian of the power of words.’ 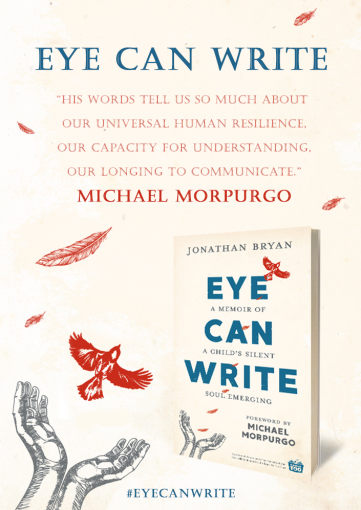 How have parents reacted to Teach Us Too?

‘For me, the most challenging and sad reaction to the message of Teach Us Too has come from parents who feel burdened with the weight of guilt that they have in some way let their children down.  As my mother always says in these situations, my charity is not about making parents feel bad about what they haven’t done.  Imagine the outcry if people sent children to mainstream school and they played all day for years, but were never taught to read and write. In the same way I want my charity to empower parents to stand up to special schools and advocate for their children to receive a literacy education.’

What would you say to someone thinking of starting on a literacy journey with a non-verbal child?

‘Do it! For a non-verbal child, being able to read and write is life transforming. For us a literacy journey is our way of being able to say everything we want to in the using the words we choose.  The irony is that in our education system verbal children are taught literacy but non-verbal children are generally not.  Of course there are exceptions to this, and as a charity we want to champion them as examples of what is possible when you believe in a child’s ability to overcome barriers and learn.’

‘The key for me, and children like me, is to find what we can independently control, and then use this as our access to the curriculum.’