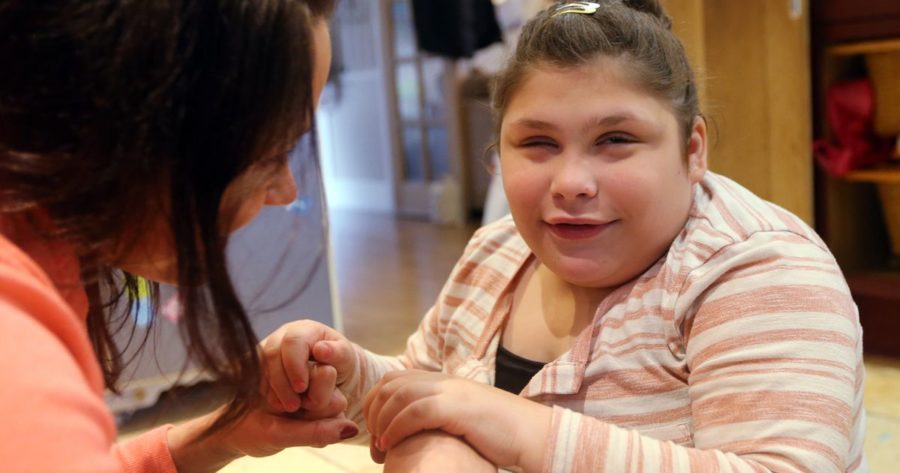 There’s a huge anthem for change being sung in the world of SEND right now, and it’s building to a crescendo. From parents to professionals and the loudest voice of all – that of our children and young people – though sometimes the last to be heard.

In the wake of the SEND reforms promised to equalise our children’s lives with others, we seem to be out of tune in many ways – across the involved spectrum of SEND. Why? Why is it so difficult to reach a place where our children retain their rights, their lives are held in equal value and our families and professionals able to work together in partnership, without raging disagreements, court action, and huge stress levied at all?

I have some thoughts, gained through hard won experience, dark times and more recently turning negatives on their head. I’ve been writing this blog for years – in my head. It’s been sitting in-between press ‘play’ and ‘pause’ for a while, mainly due to one simple little word – fear. Why fear? Because our lives can be consumed with that word, because the SEND system is in a state of chaos and fight and sometimes you just haven’t much left to give. You’re under a microscope and a spotlight at the best of times, fear is a friend and a foe, it keeps you sharp and it holds you back. Fear of rejection, fear of getting it wrong, fear of not being knowledgeable enough, fear of being found out, fear of being even more ‘difficult’ and fear of failing – for me, failing my daughter, who’s had more failure than you can fathom from a system supposedly designed to support her. But also it’s a fear of it being seen as a sympathy vote, because that’s not what it is, it’s just not. It could literally be a song.

Most parents with a child with SEND will tell you that we spend our entire lives in some form of fear state, ‘fight or flight’ is a daily occurrence when you’re trying to have your child heard, recognised and accepted – for who they are as a person, not so much the labels they carry. We want them acknowledged for the people they are but have to do battle in a system where funding requires a million reasons for providing support to ensure they get to where they need to go. It’s like a constant dichotomous conversation. Our limbic brains (the emotional brain) are highly trained and attuned to cope with attack in many ways akin to our children. We are on the defence a lot; we carry swords of knowledge and wear armour coated in experience. We try to find the positive daily in amongst the negative – we want to shout and sing about their ‘can dos’ and yet we have to highlight so many times their ‘can’t yets’. We don’t choose it, we have to do it, and our children rely on us to win.

I’m bone tired, as are so many parents and families. The narrative can be really draining. We’ve had one of those ‘challenging’ times (god I hate the word challenging) of late when things went out of the window a bit, the baby got thrown out with the bathwater – you know, the sayings in abundance that mean life threw you one of those Flintstone type boulder curveballs just when you thought you were home and dry. Wallowing in self-pity never works, it’s pointless and looking at my daughter, she doesn’t do that – ever, and most of the time the stuff is happening to her, not me. It’s by ‘Mum-osmosis’ that it gets to me. There just aren’t sometimes enough hours in the day in-between the million emails, phone calls and checking that the team around your child is working to one goal and communicating together, you’re a veritable CEO, free of charge. You have to get the job done.

So I stopped and thought about it, a good while. I talked to friends who just know what to say to make it ok and know that ‘I don’t know how you do it’ statements actually add pressure, not reduce it. They are more likely to say ‘you can do this, you’ve got it. Look at her; she’s kicking it out of the park’ or make me laugh mimicking my battle stances and taking on the world. They reminded me that we’ve come a long way and we’ve further to go. They drink coffee in spades with me and cheer us on. They pick up my youngest children and they feed me and my husband, they are heroes every day for us and they don’t know how much we rely on them to just treat us like anyone else. They are invaluable and they believe in us and our daughter. They see her for who she is, they don’t think about her disability or past, they just think she’s ‘amazing’. And it’s not in a patronising way, it’s a dock of the cap, acknowledging what she got through this far and that more is to come, yet still somehow her zest for life is infective – yes, she is inspiring every day.

I chatted with fellow SEND parents and professionals recently on Twitter, it was tentative at first but then there was an outpouring of support and positivity and the humour was superb. It humanised it, it put the feeling back into it. It was ok to say how bad it can be and also to laugh about how good it can be too. We talked about singing it loudly and yes, that’s exactly what needs to happen more. An orchestra of song, together, for our children. My daughter wouldn’t thank me for crying and she wouldn’t thank me for feeling down or sad. She’d ask me to move out of her space and deal with that elsewhere. Why? Because somehow she moved on, she healed, she works on the scars and she gets on with it like so many children do. What I think she’s done is given me a job to do, a voice that is actually hers I believe, and it’s not a choice, it’s now my path. She wants us to harness the experiences, talk about the hope we’ve created, the positive from the negative, educate and speak about it, acknowledge it and work hard to give her and her peers a rightful place in this world. Of that I am convinced.

So much is thrown at our children, and our families in SEND, so often we’re data and financial considerations, not human beings. But there is a movement; change is in the air, change that has come about with speaking our truth, facing our fears and fighting for our children to have their place in the world like anyone else. I am not afraid anymore, fear can find someone else to bother, my daughter has seen it off in haste and from that I take my greatest lesson and move forwards with hope.