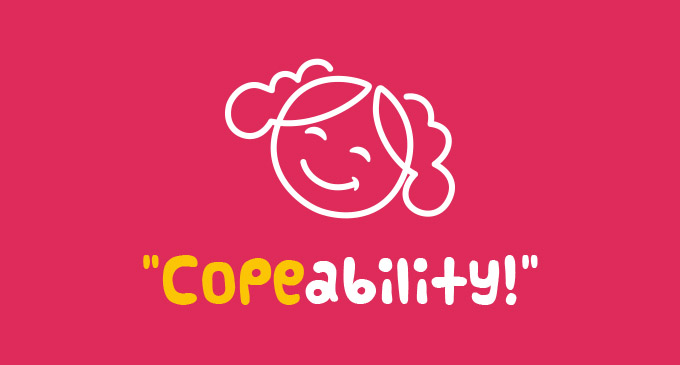 I felt the need to write this week. And I’m a little tentative in doing so as the support for the first toe dip into blogging was so kindly received by you all! Thank you.

People have been bravely and openly sharing experiences during this year’s Mental Health Awareness Week capturing their strengths and difficulties in the face of adversity. In the SEND world, there have been many messages across social media, many with a wish for a better world for their children, and a strong recurrent message – that the system would stop creating the biggest issues for those of us navigating our way with children and young people with SEND in all areas.

I was reminded of a key message shared by Barney Angliss recently:

‘The price extracted for your child’s support is to allow the state greater control in your life than any other parents must ever tolerate with the exception of adopters. If your child does not have ‘capacity’, then sadly nor do you’

I had two meetings recently – yes, two of the five in the week to discuss my daughter – again. In those two meetings there was a common theme, and a common question. Probably meant entirely well, but they grated on me and they warranted a bigger reply than I gave. I found myself being ‘politically correct’ to preserve the focus of those meetings being on my child and her needs, rather than turning that super spot lamp onto me. It would appear that it is much easier to focus on me – I am verbal, rational (well to me), I can provide information and reasoning etc. My child is ‘difficult’, ‘hard to understand’ and ‘challenging’. So here is the thing – she simply isn’t, to me. What she is like any child, is an amazing, intelligent, kind, funny, cracked and imperfect human being – just like the rest of us. She still suffered, she still hurt, she still cried and she still remembers. As do we all, when we have experienced something deeply painful. But she’s disabled and that appears to be the sticking point to warrant the equal support you’d expect for anyone else that had experienced such negative situations and needed help to be in our world.

The common question in said meetings centred on my parenting capability and how I ‘cope’ rather than what my child needs, deserves and is entitled to in terms of equality and inclusion. Twice it was posed:

‘How do you cope? It must be so hard to parent a child with such needs and cope with the trauma of her sight loss and then have space for your other children?’

Quite how I sat on my instinctive reaction to stand up, and launch into a response that would have metaphorically reduced the party questioning to a puff of smoke is beyond me. Well it isn’t really – that’s something you learn as you go. When to pick your battles and when to roll your eyes (inside your head – again). Patronising is a word, disbelief is another. In the spirit of kindness I guess people really still don’t grasp what we have to do as parents of our amazing children in a system that is inherently flawed and just plain not working nor acknowledging them, and causing way more issues than our children ever could or do.

We cope, we battle, we live life, and we get on with it. I don’t sit and analyse how I cope, because it’s not how I feel – now. I do have days like anyone when I want to kick the wall, shut the door and bury my head but it’s become more of a passing thought than an action. If those parties last week had asked me four years ago when my daughter actually lost her vision, I would have caved, literally and I probably wouldn’t have come as far as I have, looking back. It’s a good job they didn’t offer their understanding then and I didn’t have time to digest it. It was about sorting it out, ensuring her safety and supporting her through one of the worst times of her life. Life was happening daily. There was no meeting about it, it was live and running. Actions had to happen and accountability was high and rested with us at a time when the system shut down around us and fear enveloped us. No one wanted to talk about the elephant in the room and I didn’t dare raise it as such for fear of ‘not coping’ leading to losing my child. Yes the system has us standing on forever shifting sands and hanging in the balance, of being honest and coping, constantly.

I caved afterwards and for about two years, anger reigned supreme – and I battled every day with the pain that was tearing me apart – the injustice and anger with myself for ‘coping’ when I should have fought harder. And then I realised that it was tearing me apart. And it wasn’t really affecting them. They didn’t change anything, they still didn’t really get it, and I was burning all of my energy trying to break them down. And it wasn’t working. Battling an ingrained system of non-accountability, disorganisation, funds haemorrhaging and chaos wasn’t moving anything for my daughter. It was stalemate, and it would remain as such for as long as I let it. I just hadn’t grasped that the endless arguments and meetings about meetings were a run of the mill scenario; a safe routine of avoidance and no one would really do what was needed – find a solution and act.

So I realigned my copeability. I pulled my head up and I started to work on solutions in lieu of any. It was harder; it was terrifying at times, constantly looking for the positive in the face of the expected negative. And ‘Mum’ time and again came forward with proposals, solutions, answers, more answers, and more solutions. Every time I hit a ‘No’ I went a different route until I got a ‘Yes’. That’s how I found the ability to ‘cope’. My Mum always said to me that if her three children grew up with copeability, she felt they would be able to handle anything in the world. I often used to wonder what she meant by that when I was younger and it wasn’t until I became a parent that I really understood what she was saying. She was hoping that we would have the skills to cope with life’s challenges; to cope is to ‘deal with something difficult effectively’. So back to Barney’s point and that would be that you need to cope or deal with a doorway into your life at all times, full access granted and total accountability expected. Only the problem is, by and large it isn’t reciprocated, by the system.  And I’m guessing that my Mum wouldn’t have ever expected me to ‘cope’ with the scale of what we do cope with as parents of children with SEND.

There is a gargantuan sized will out there for a better way, from so many. Yet we’re still stuck, facing what seems to be a wall of silence on many fronts. Is it that the system just can’t cope? Doesn’t know how to? Can’t figure out the answer? Or is it that it just doesn’t want to in case it unlocks a tsunami sized task to bring about the necessary change across education, health, social care, structure, accountability, funding, adhering to The Law (note caps…), investigations met with transparency and answers from #LeDeR, to restraint and abuse and financial impropriety? Did I miss anything? Most likely because the surface at times is hardly scratched.

We get it. We really do. And it is not our children that cause the issue – it’s the system that doesn’t get our children – yet. And that stems from the final taboo in the world of inequality – that disability is not viewed equally, that it is not valued equally and that is somehow still, in 2018, less on all counts. So what’s the upshot? Well as much as copeability is very much needed in our world alongside the armour and the humour and the friendships forged in solidarity, what I think we’d all really settle for in exchange, is quite simply……equality.